Brennan Mckay is Treaty from the Pine Creek First Nation. He came to Winnipeg seven years ago from dauphin, Manitoba, where he attended highschool and is now a recent graduate of CDI college for social media marketing. Other passions of his include dance (jigging/ square dancing, contemporary and pow-wow) and photography.

Brennan is working on Urban Shaman’s new partnership project with Winnipeg Trails Association called The Speech Act Project. In each language there is a differing philosophy between meaning, the constitution of sentences, concepts, learning, thoughts, references and intentionality. In philosophy of language and linguistics, a speech act is something expressed by an individual that not only presents information but performs an action as well. Generously funded by Canadian Heritage through the Indigenous Languages and Cultures Program – Indigenous Languages Component 2020-2021 stream. It is building on a previous project called, “Sacred Sounds” that is a campaign promoting cultural literacy in Indigenous Languages.

Indigenous languages should be a part of the official languages in Canada or at least more prominent given our history. As we are learning our languages and special dialects, we encourage everyone to learn with us.On the social media platforms of facebook and instagram, Brennan’s word exhibition will be post monday to friday. The purpose of “his initiative is to see the language in the digital landscape. And on thursdays, a trivia will be posted consisting of questions and answers regarding Indigenous languages, history and life.

Brennan mckay began interning at Urban Shaman Gallery December 2020 and will be with us until October. He will be publishing his word exhibition, backed by his own photography, in Ojibwe, Cree, Dene, and Dakota for the next ten months until October 4 2021.

Watch for more from the speech act project, including continued regular gallery programming translation and for special off site programming in partnership with Winnipeg Trails Association in the 2021/2022 year. 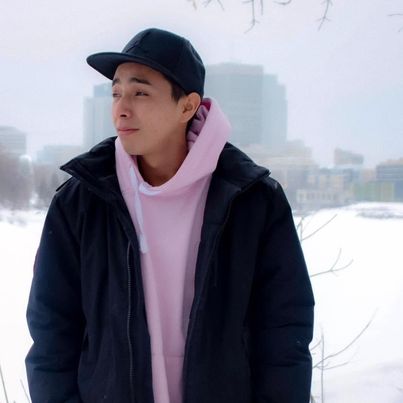